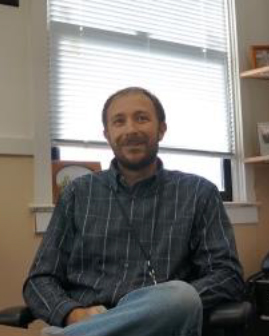 Joshua Huntsinger. Huntsinger was born in Newhall, Los Angeles County. He moved to Grass Valley, Nevada County, with his family in 1980. He was homeschooled but, through a family connection, also lined up work at an organic peach orchard, helping foster his future interest in agriculture. He attended Sierra College in Rocklin, where he earned associate’s degrees in general studies and liberal arts, and then transferred to Cal Poly San Luis Obispo. He graduated with a bachelor’s degree in fruit science in 2000.

At that point, he said, he figured he’d go into growing grapes on the Central Coast. However, his parents were taking a one-year teaching sabbatical to Cameroon, Africa. He was recruited to housesit and, while back home, took a job as a seasonal pest trapper at the Placer County CAC’s office. At the time, he recalled, the CAC was gearing up to begin its glassy-winged sharpshooter detection and exclusion program. Glassy wing sharpshooters are an insect pest that can carry Pierce’s disease, a serious threat to California’s grape industry. 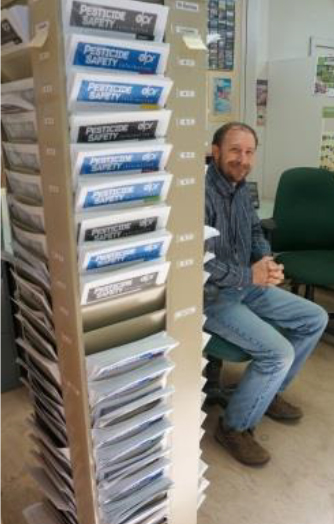 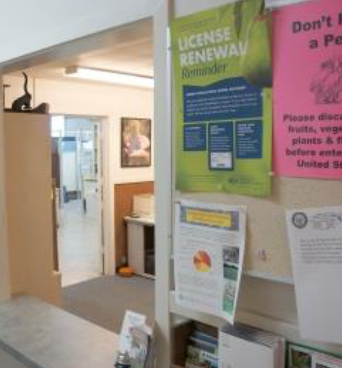 The following year, he was hired on as an agricultural inspector. His primary assignment was pesticide use enforcement.

In 2011, he was appointed as the Agricultural Commissioner by the county Board of Supervisors, replacing retiring commissioner Christine Turner.

In terms of pesticides, the CAC has been very active in enforcing pesticide regulations on maintenance gardeners and providing training to them, Huntsinger said.

“We have a lot of maintenance gardeners who are not licensed to apply pesticides, and almost every inspection we do with the unlicensed guys we find worker safety violations, label violations, and container control violations,”

“We’ve done a lot of outreach, so it’s this two-sided approach where we do a lot of outreach and education and a lot of compliance assistance, trying to get people licensed, even to the point of doing informal training classes with them to get them ready for their QAC and QAL exams. On the other hand, we have always had this strong enforcement stance so we try to get you licensed, try to get you to comply, and if you don’t there is a pretty big hammer out there as well.”

He said his department is also seeing an uptick in violations as a result of many former rice fields being converted to almond and walnut orchards. Some growers use paraquat – a contact herbicide – to kill suckers on the growing plants.

“We’re finding a lot more violations with the orchards being planted – paraquat issues, permit violations, worker violations,” he said. “We haven’t had a lot of these issues until the walnuts and almonds started coming on.”

The CAC’s office maintains a robust website that includes forms for business registration and online use reporting and notices of intent.