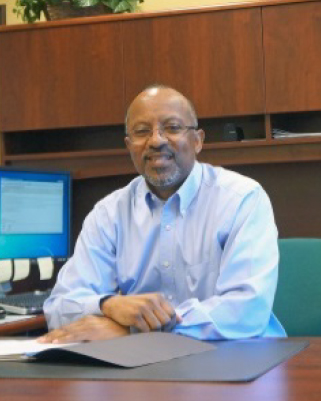 Raised in Lassen County, Milton O’Haire was appointed Stanislaus County Agricultural Commissioner in 2013. O’Haire worked in weights and measures – checking the accuracy of everything from service station gas pumps, to cash registers and scales at stores. He joined the Stanislaus County commissioner’s office in 1999, where, among other things, he focused on putting together a metrology lab to test weights-and-measures equipment. He was tapped to be Assistant Agricultural Commissioner in 2001. He replaced Commissioner Gary Caseri in 2013 when Caseri retired.

O’Haire’s career began in 1982. Upon graduating from Stanislaus State University with a degree in geography, he joined the San Joaquin County Agricultural Commissioner’s Office as a pest-detection trapper. Among his early accomplishments: He was credited with discovering a Mediterranean fruit fly in Stockton that year. (“I was just a young kid out of college and was on TV and on the front page of The Modesto Bee with Alexander Haig resigning.”).

Since taking the helm, O’Haire has focused on “process improvements” – that is, finding ways to do tasks more efficiently and cost effectively. One process improvement recently implemented is a computer system allowing farmers and applicators to access “restricted use” pesticide permits online. “When we touch that permit, it is uploaded so when a grower needs a copy of that permit, they can just go online. His office has also loaded GIS maps online showing where schools are located in the county so that people planning to apply pesticides to fields can identify buffer zones and also contact school officials to better plan an application’s timing. “You can check on your parcel and they show buffers around the schools. … At the bottom of the screen, it gives contact information for schools.” 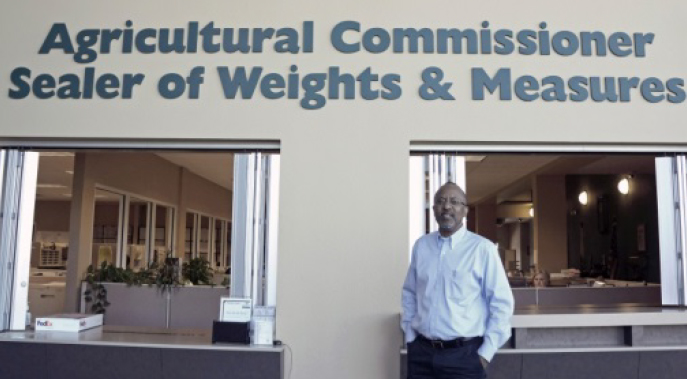 “We give applicators one place they can go to find out immediately where schools are. We figured: Let’s put a tool out there – hopefully it will keep kids safe.”

The adoption of computer technologies by the office – including computer tablets that are taken on the road – has given the office’s inspectors “better information at their fingertips,” O’Haire says. For example, inspectors can access pesticide-application permits for cross referencing, and can also track when and where inspections are taking place around the county. This allows the inspectors to see if they spending too much, or too little, time in given geographical areas.

O’Haire says farmers also have embraced the technologies offered — important in a county with a $4.4 billion agricultural industry and many communities that abut farmland.

“We have been pretty blessed with our growers. Half of the complaints we get are non-ag related,”

The commissioner, through agreements with the DPR, tracks all farm and commercial pesticide applications, including structural applications.