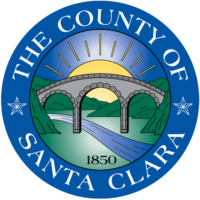 Learn More
The County of Santa Clara, also referred to as “Silicon Valley,” is unique because of its combination of physical attractiveness and economic diversity. With its numerous natural amenities and one of the highest standards of living in the country, the County has long been considered one of the best areas in the United States in which to live and work.

The County of Santa Clara is located at the southern end of the San Francisco Bay and encompasses 1,312 square miles. The fertile Santa Clara Valley runs the entire length of the county from north to south, ringed by the rolling hills of the Diablo Range on the east and the Santa Cruz Mountains on the west. Salt marshes and wetlands lie in the northwestern part of the county, adjacent to the waters of the San Francisco Bay.

Today, the County is a major employment center for the region, providing more than a quarter of all jobs in the Bay Area. It has one the highest median family incomes in the country and a wide variety of diversity of cultures, backgrounds, and talents. The County of Santa Clara continues to attract people from all over the world.